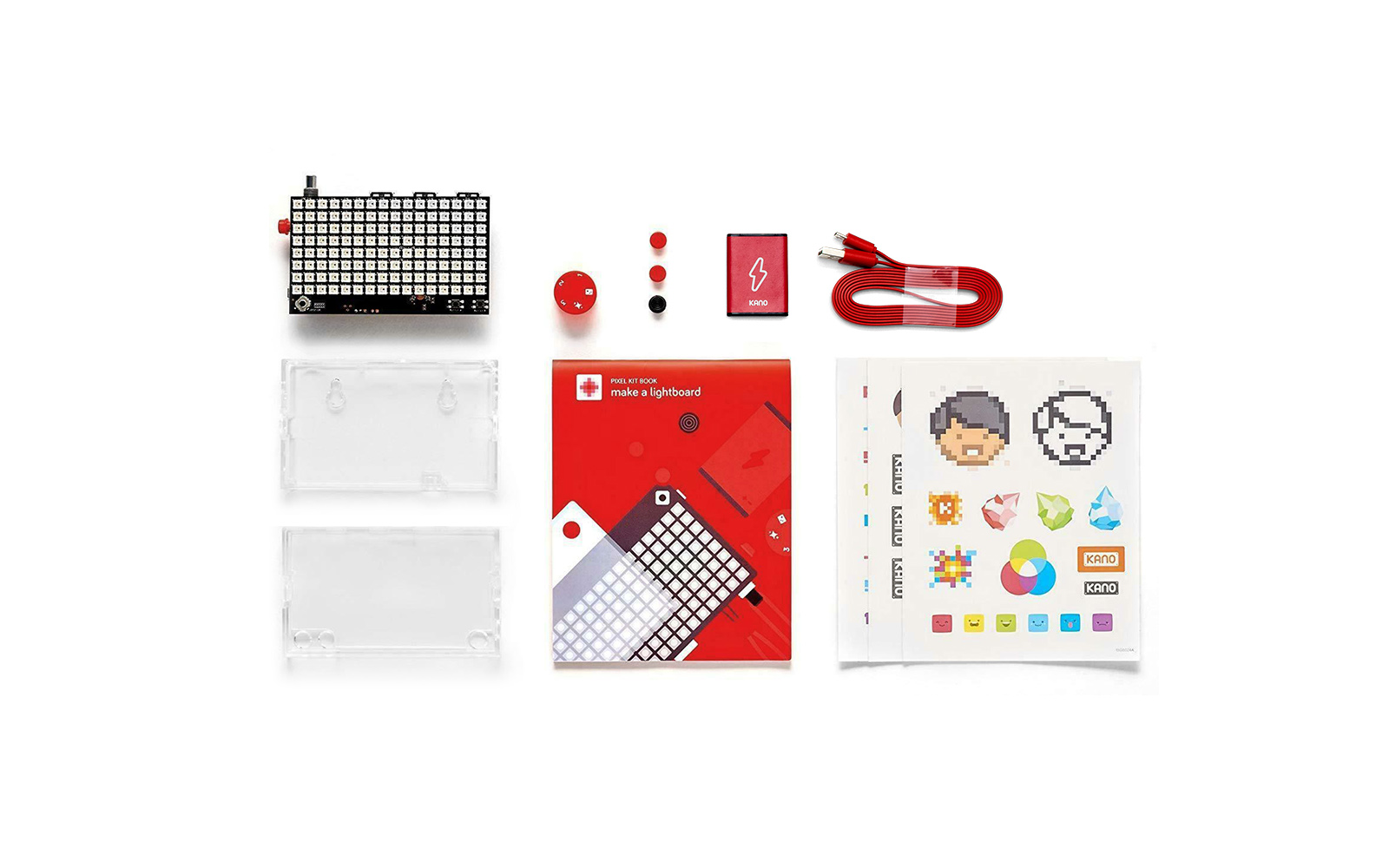 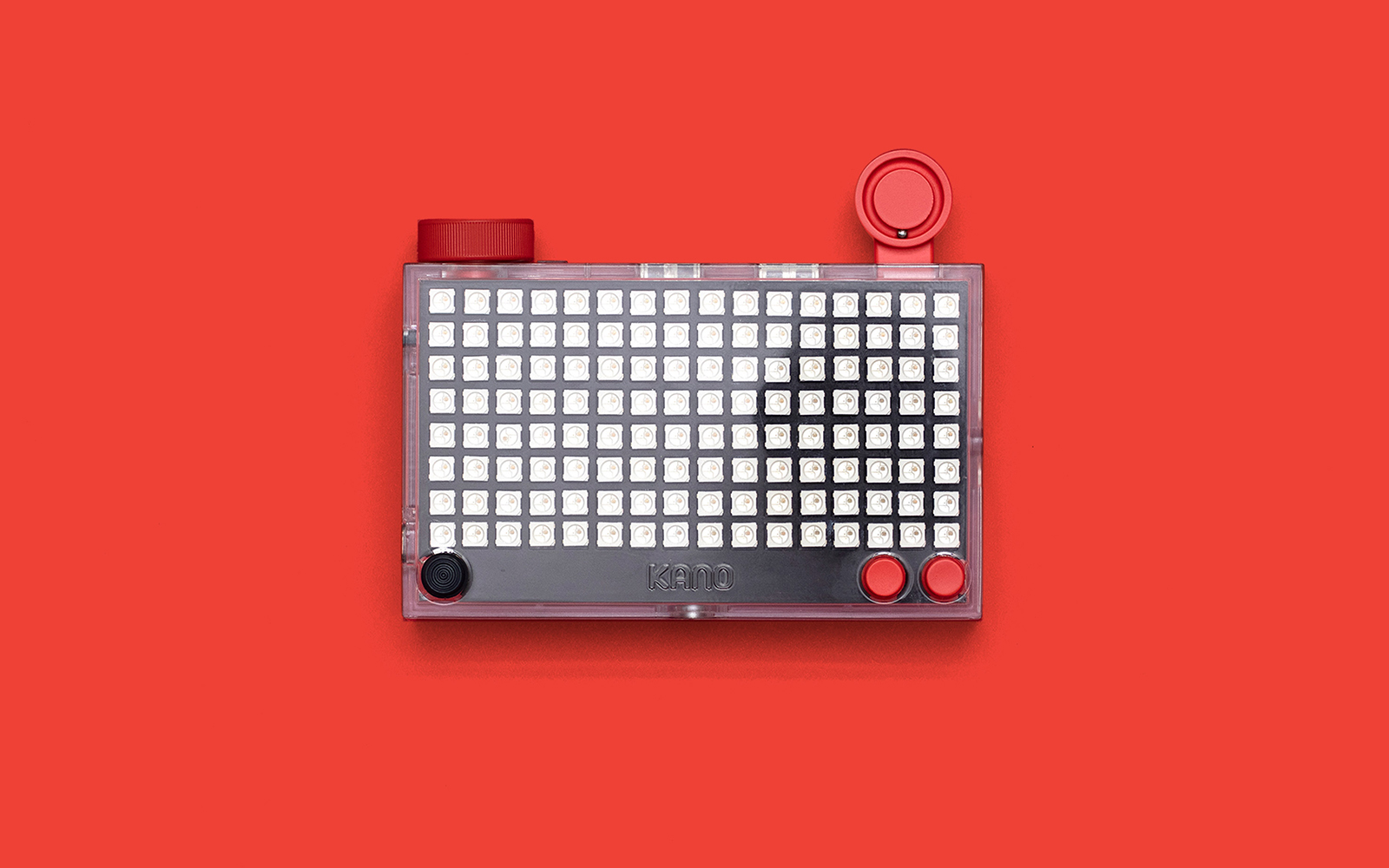 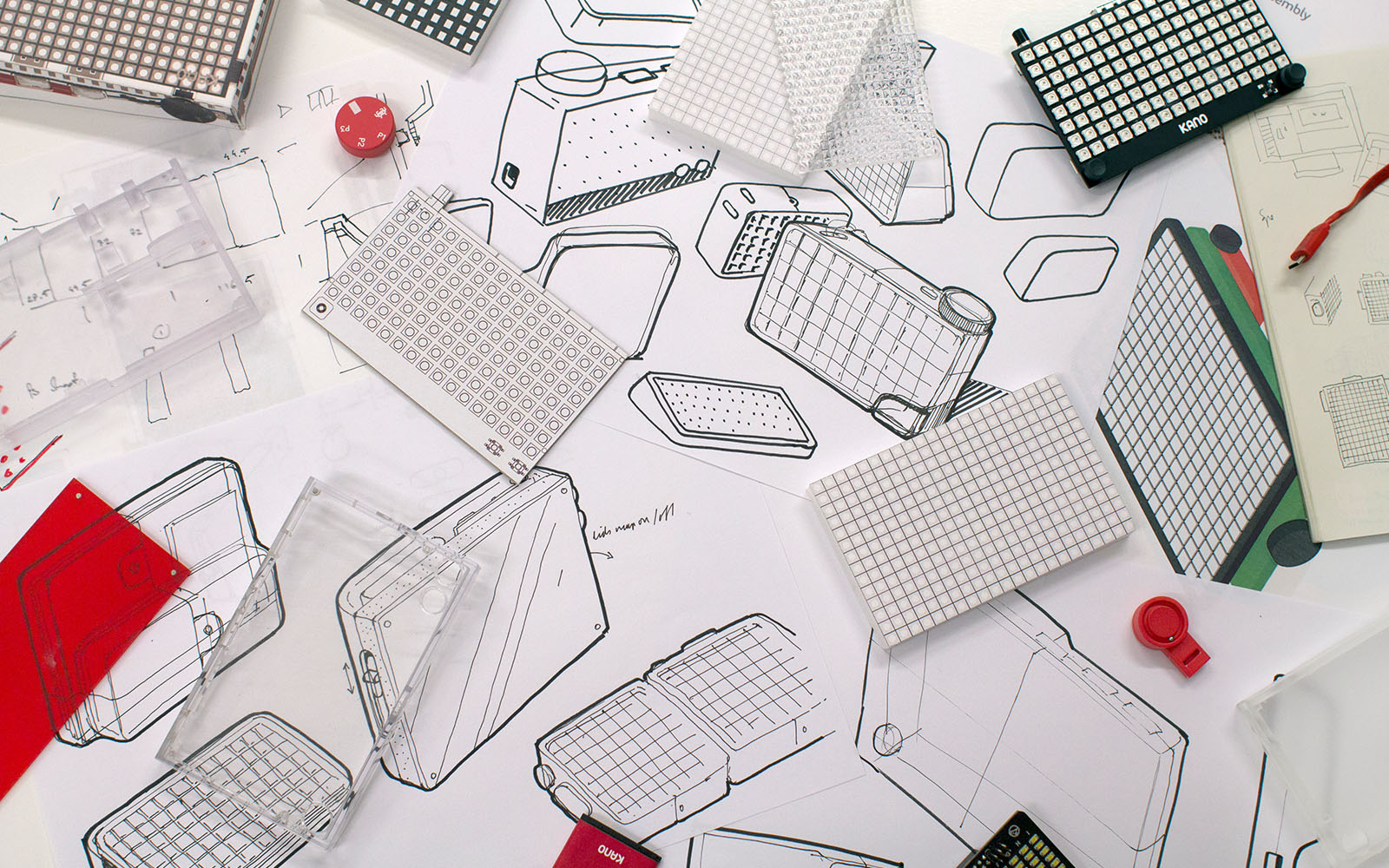 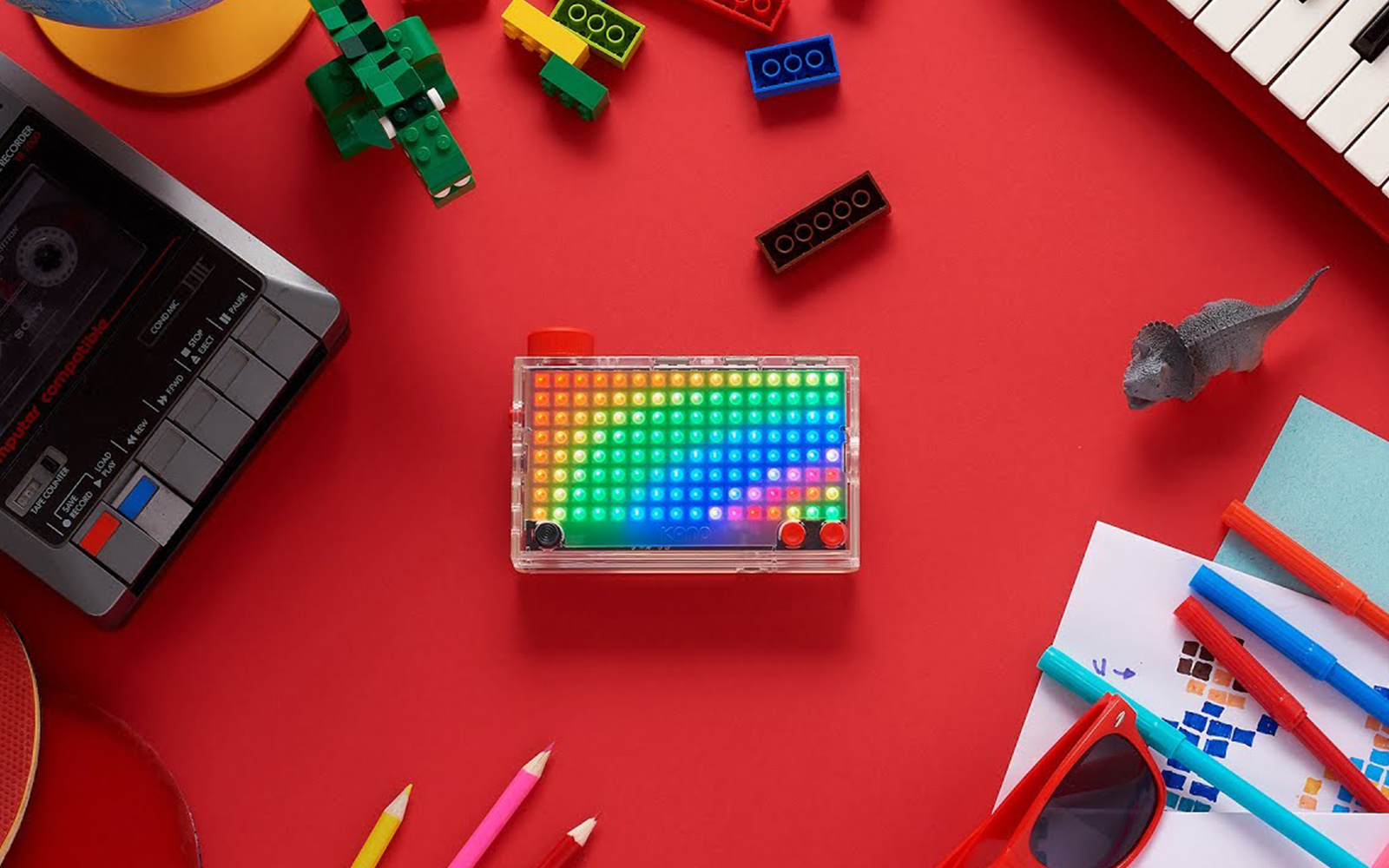 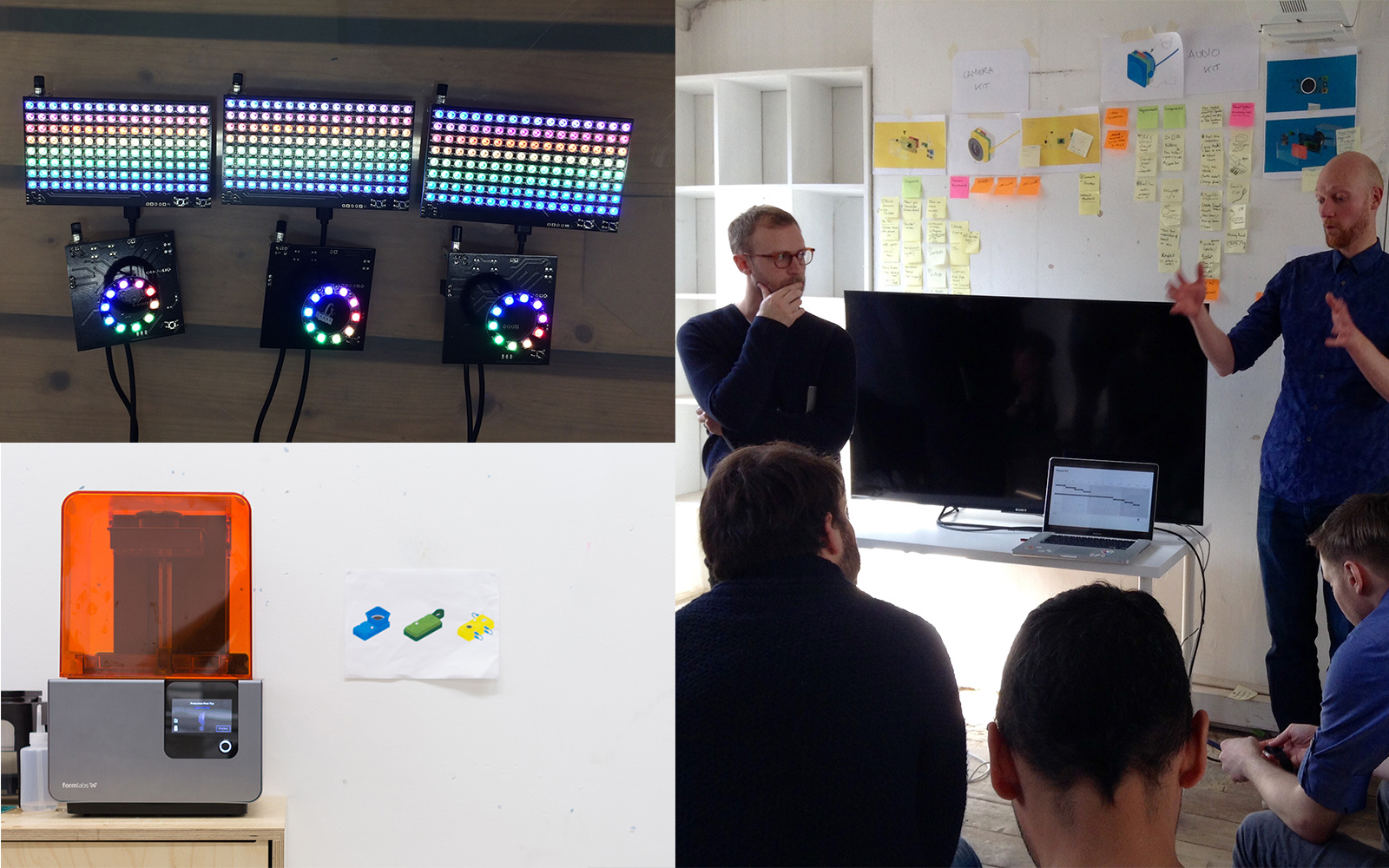 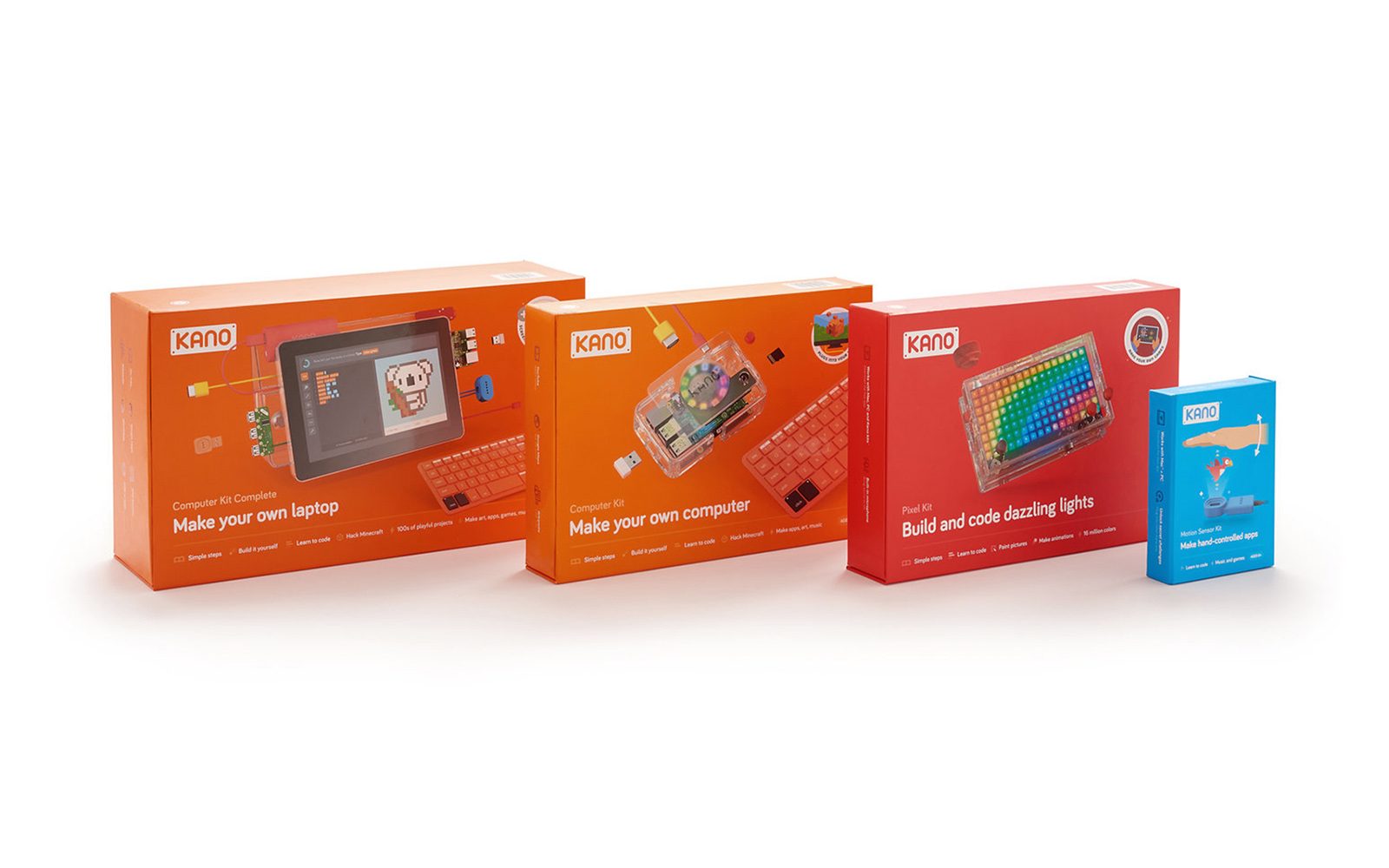 KANO Pixel Kit
A smart display that you can build yourself.

As Design Director at Kano my team and I worked on a range of new products, three of which we launched as part of a Kickstarter Campaign. Teaming up with MAP, Sherif Maktabi, Bruno Schillinger, Ricardo Luz developed the pixel kit. Kids can assembled their own 16 x 8 RGB LED matrix display and team it with a tilt sensor or other Kano USB Sensor to create a code inventive new hardware. Watch the video we made below, for a better idea how the Pixel Kit works.