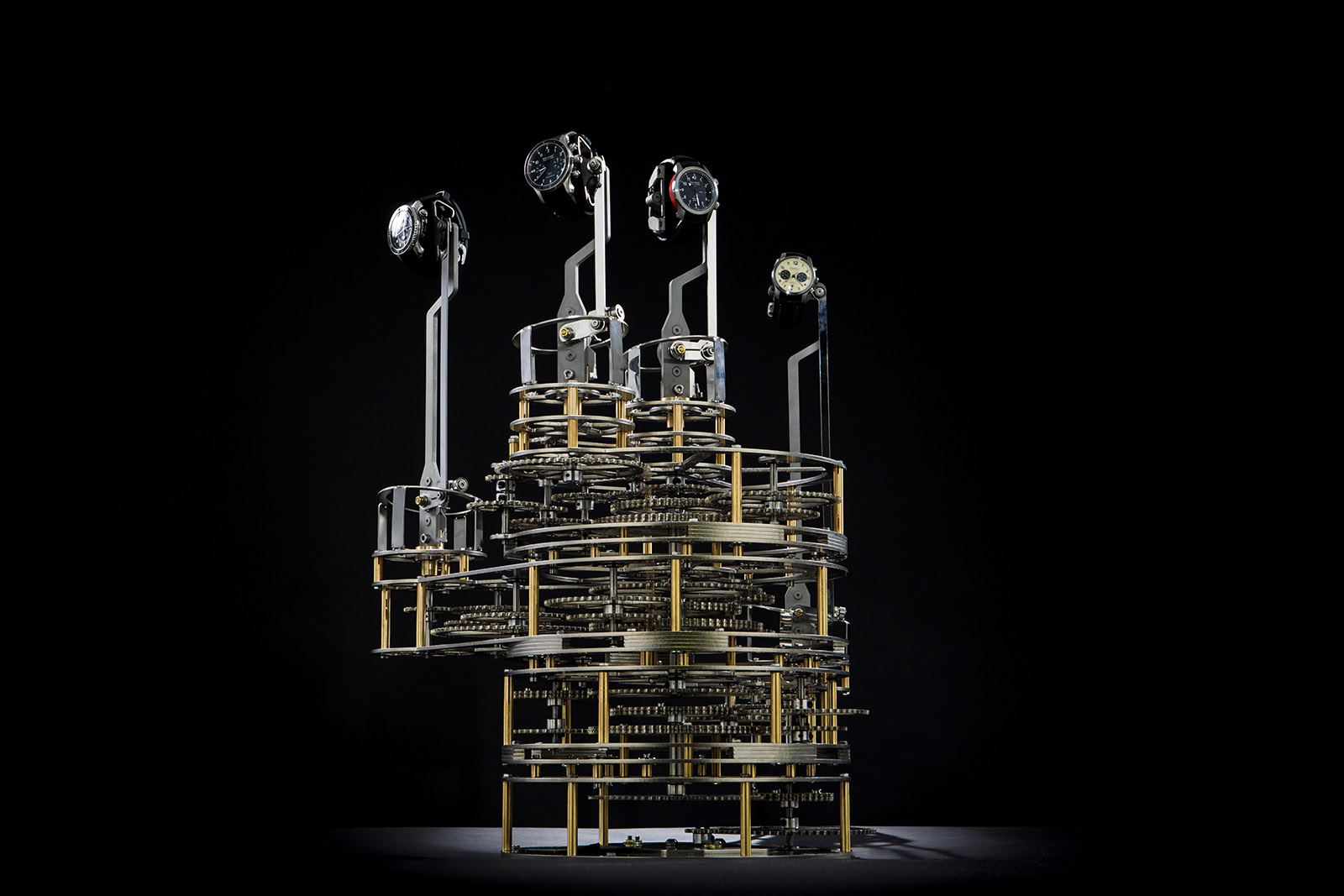 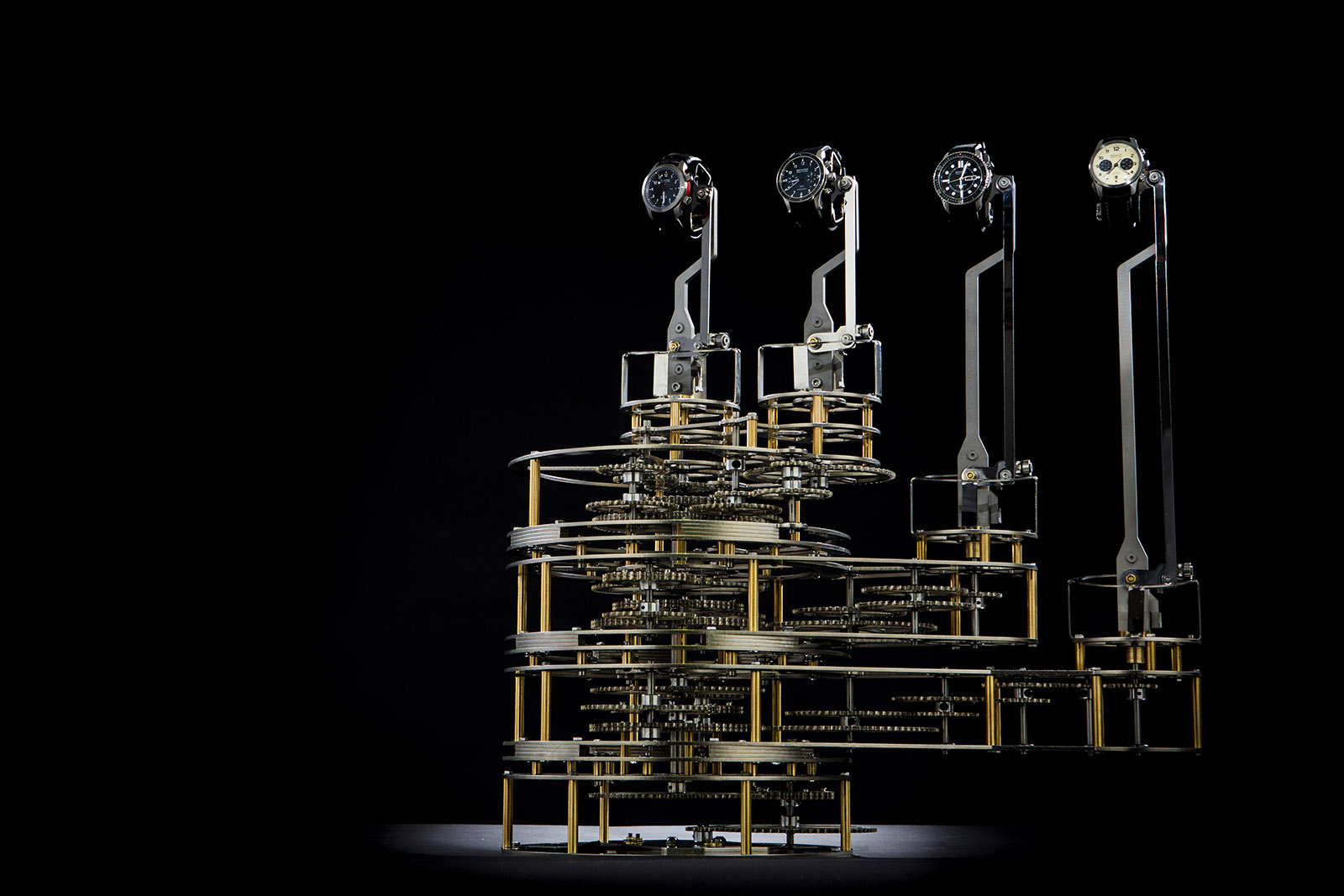 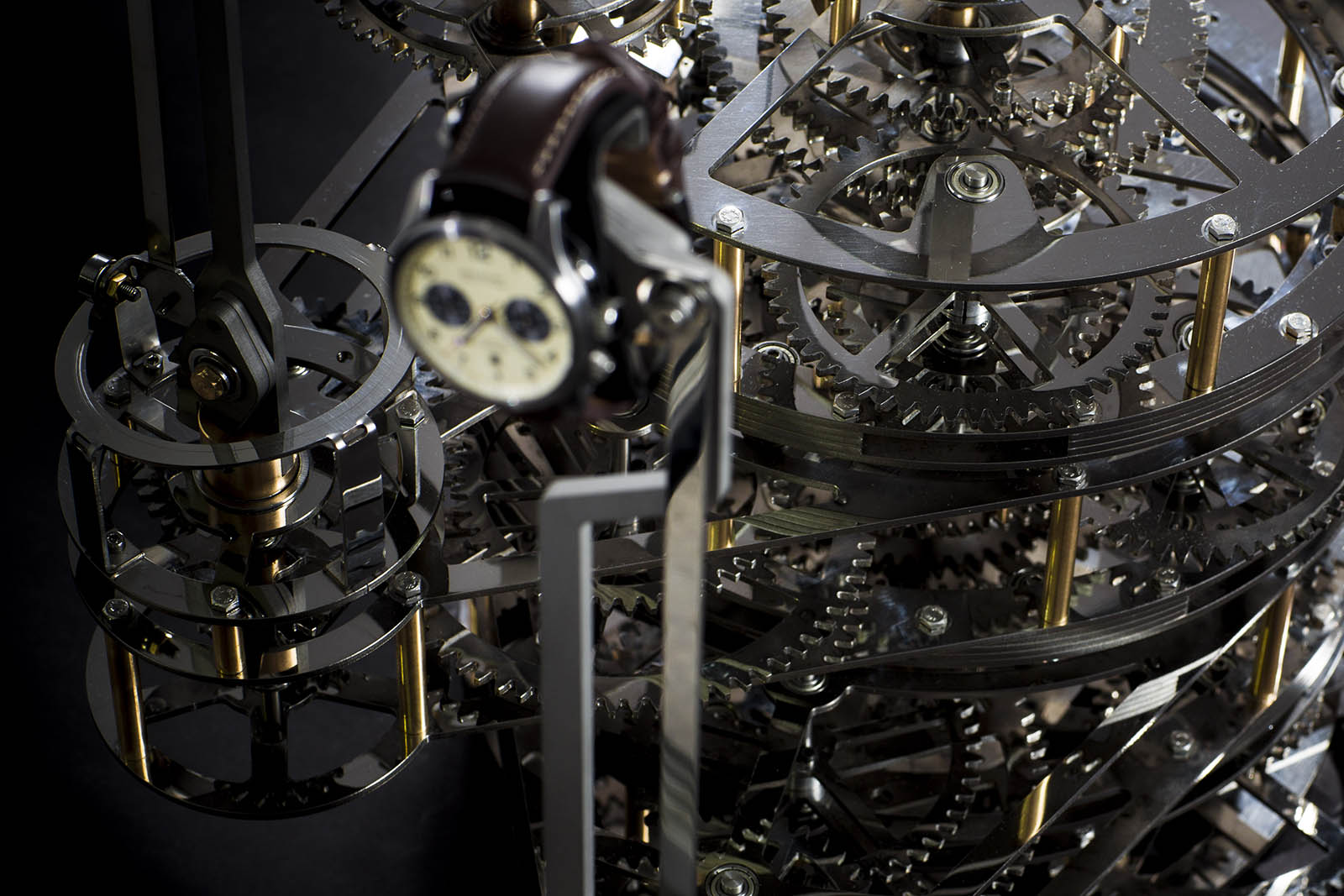 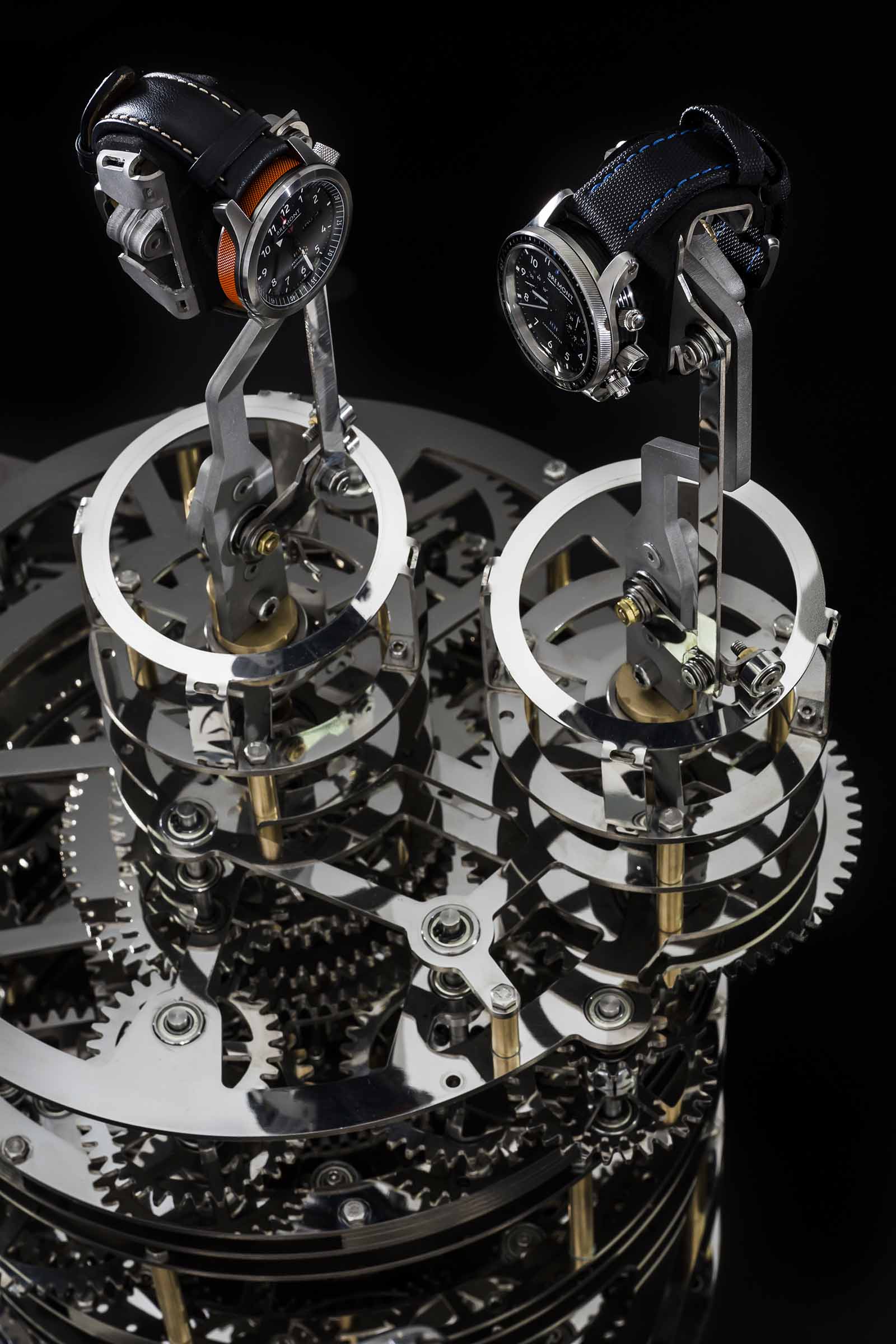 I was asked by the Bremont watch company to design a shop window display for their New York and Mayfair boutiques that would “look like a contraption from Chitty Chitty Bang Bang”. It had to be mechanical and reflect the beauty of the clockwork visible inside the Bremont watches.

Collaborating with Alex Bygrave, who really was the brains of the operation, we devised the idea for an orrery that would orbit, pivot and cant the watches like planets orbiting in a solar system. Driven by a single motor hidden beneath the orrery, on every fourth rotation the watches momentarily align with their faces pointing forward. Click on the images to see a stop frame animation of the orrery in action, or here or here to watch some close up video we took of the mechanism.

Behind the scenes a great deal of work went into creating the two orreries. Powered by a washing machine motor, with an Arduino as a control unit, Alex and I made them in a drafty garage in Streatham and photographed them in the studio at Hoxton. 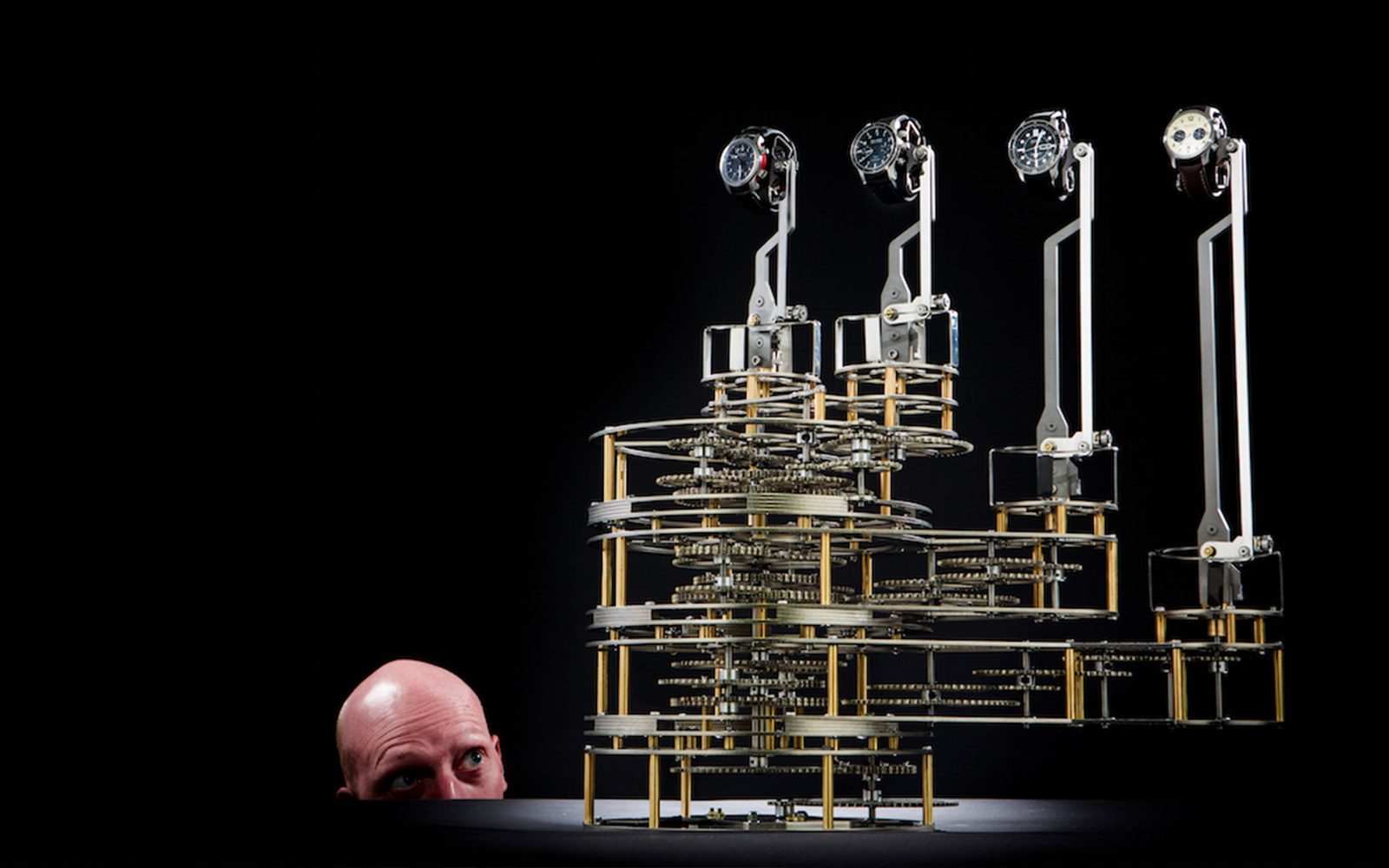 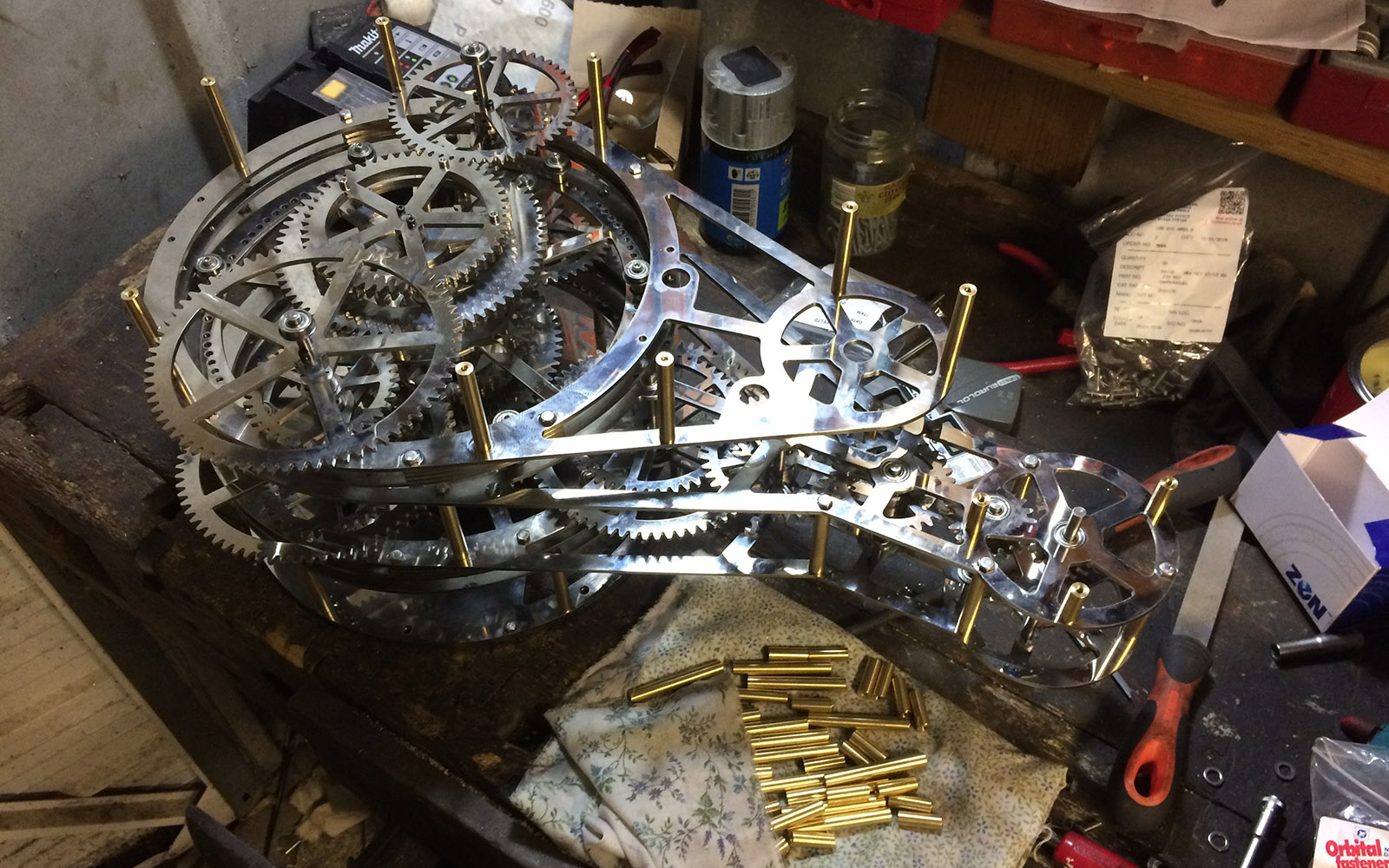 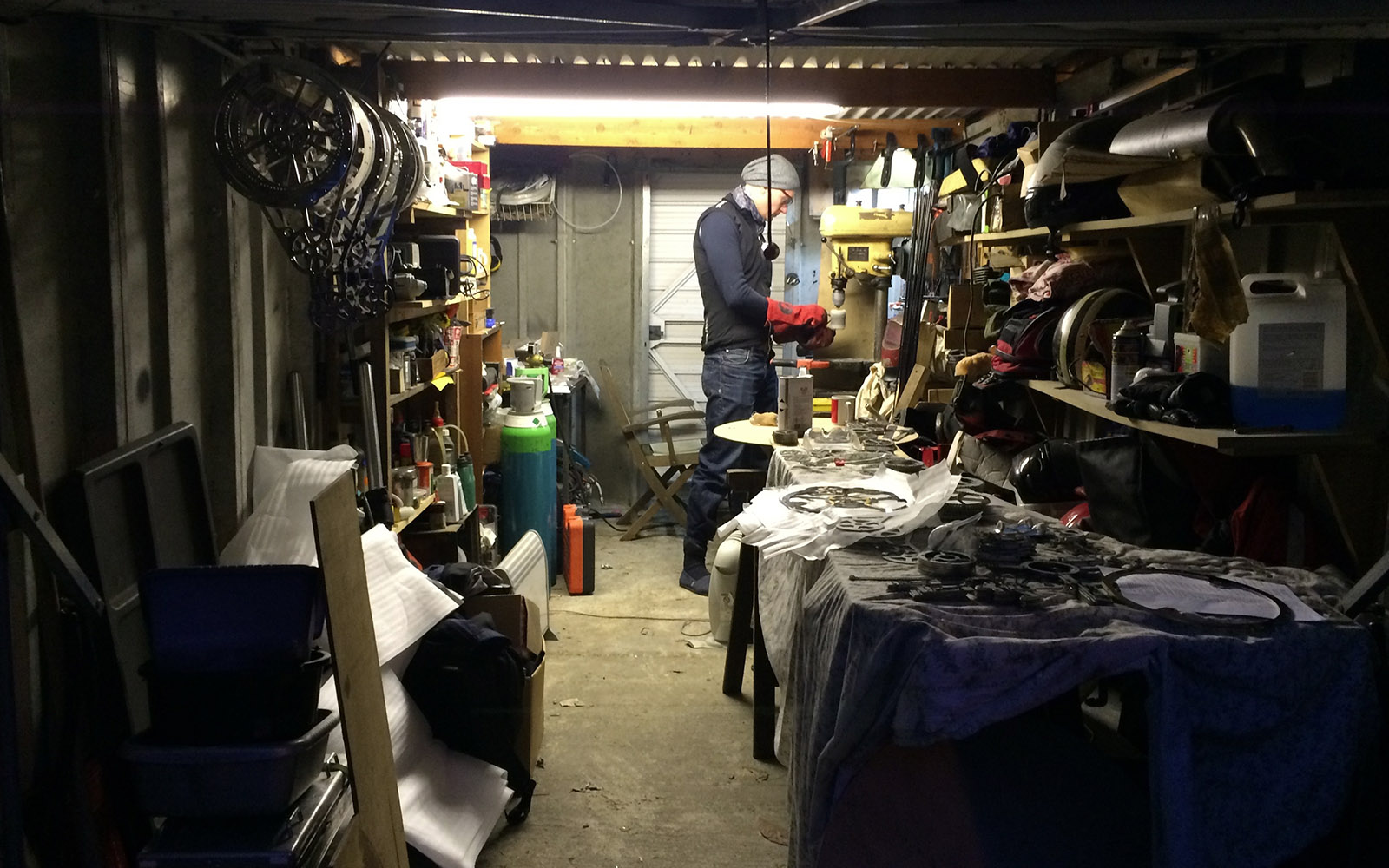