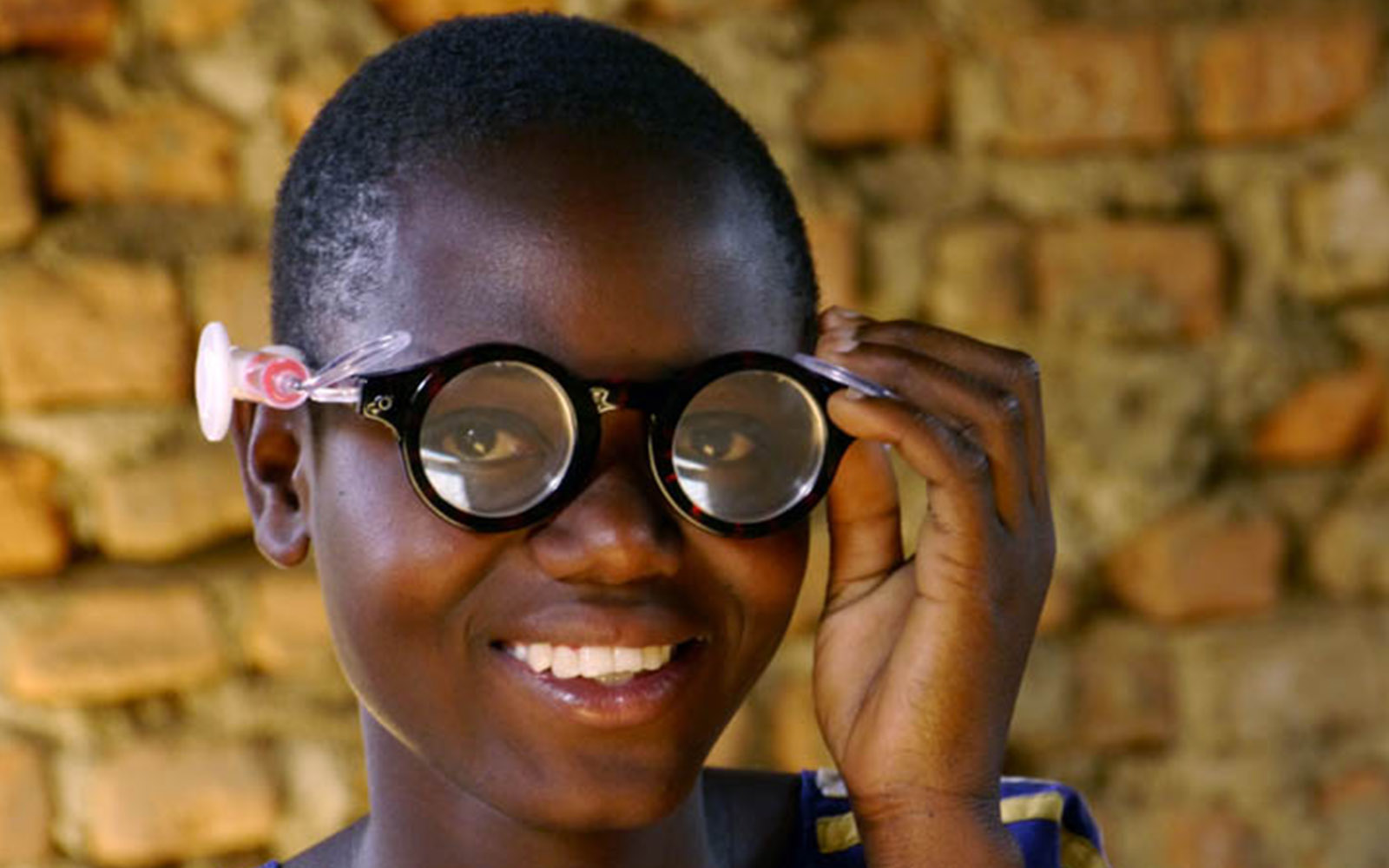 $5 Glasses with liquid filled lenses whose prescription can be changed. Designed for use in developing countries to correct myopia.

In parts of Africa one in three people need some form of sight correction, but there can be as few as two trained opticians per million people in a population. Additionally, in some locations it can be expensive and impractical to grind glass lenses.

In the late 90′s Professor Joshua Silver tackled the problem. His solution was to create a low cost pair of spectacles, that can be self-adjusted to the correct prescription. The $5 Glasses have liquid filled lenses, filled with a quantity of optically-clear silicon oil. In the first iteration (below), the glasses had syringles mounted on the side arms that could be used to change the quantity of liquid traped between two circular transparent membranes. As the membranes bow they act like a lens. When the correct prescription is reached, the lens is sealed and the syringes can be removed.

I devised a new, slimmer version of the glasses, with the liquid trapped within the frame. This design did away with the medical looking syringes, and opened the possibility of the glasses being used in the developed world, to quickly flip between two prescription that might be necessary for driving and reading. 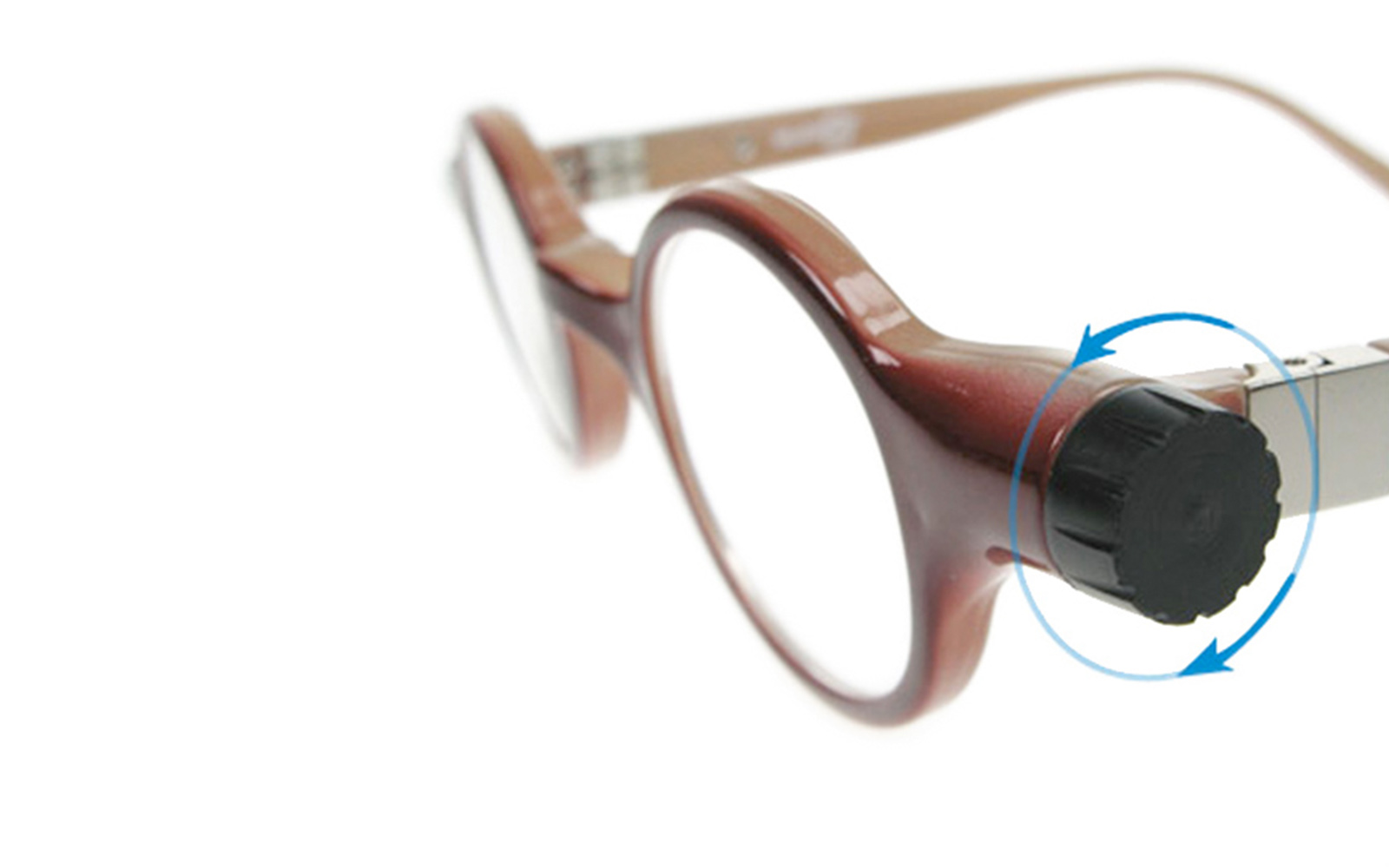