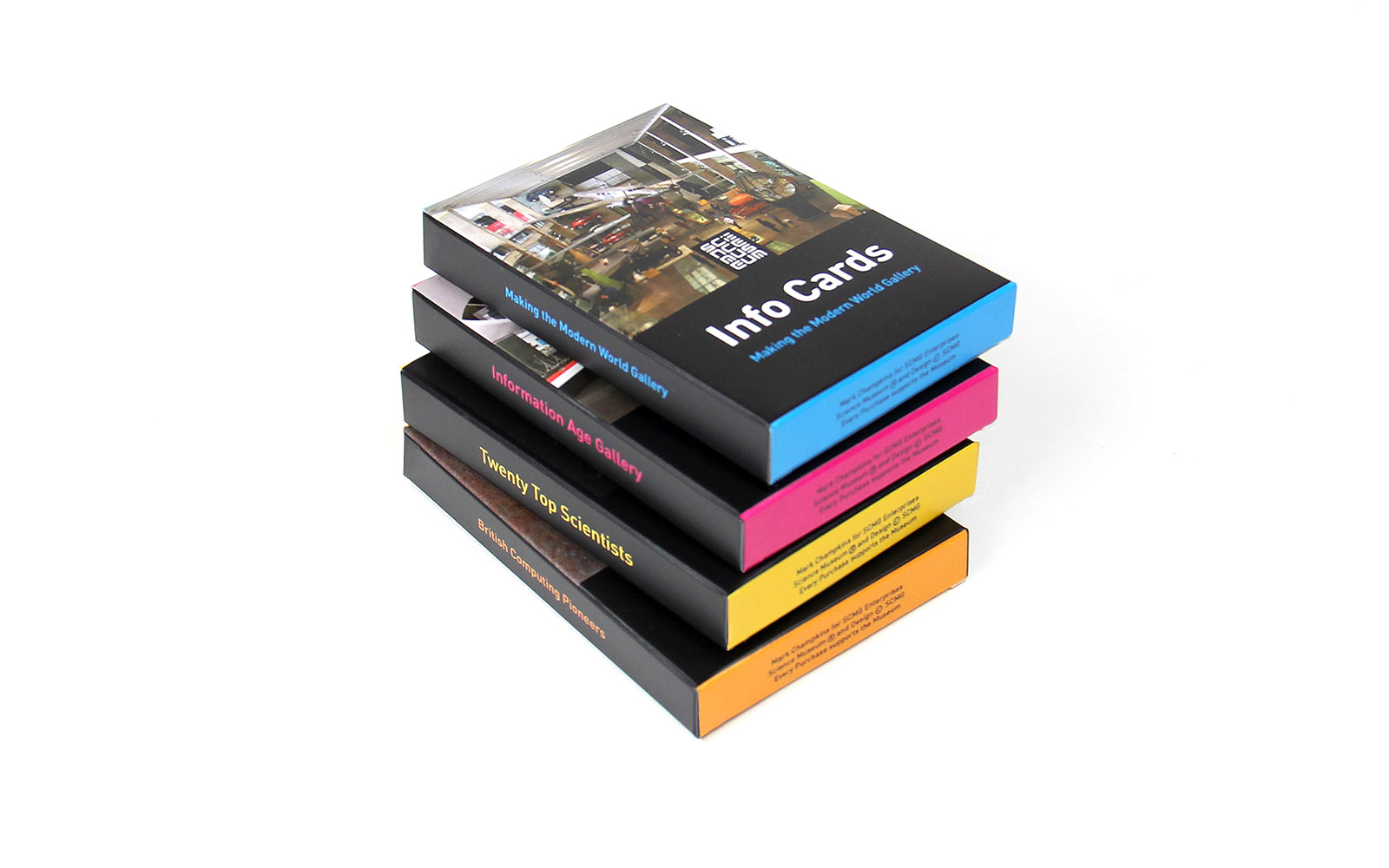 The Blue Making of the Modern World deck features items from the main gallery in the museum and artefacts such as an Ford Model T and a sample of original Penicillin spore identified by Alexander Fleming.

The orange Ada Cards deck features twenty British computing pioneers, ten male and ten female. They celebrate the ingenuity of British computer scientists and their role in the computing industry.

The pink Information Age Gallery Cards features objects in the Museum’s newest gallery, including the Rugby Tuning Coil, BBC Basic and Telstar Satellite, amongst other things.

The yellow Top Scientist cards are an all star line up of some of the greatest scientists in the world. 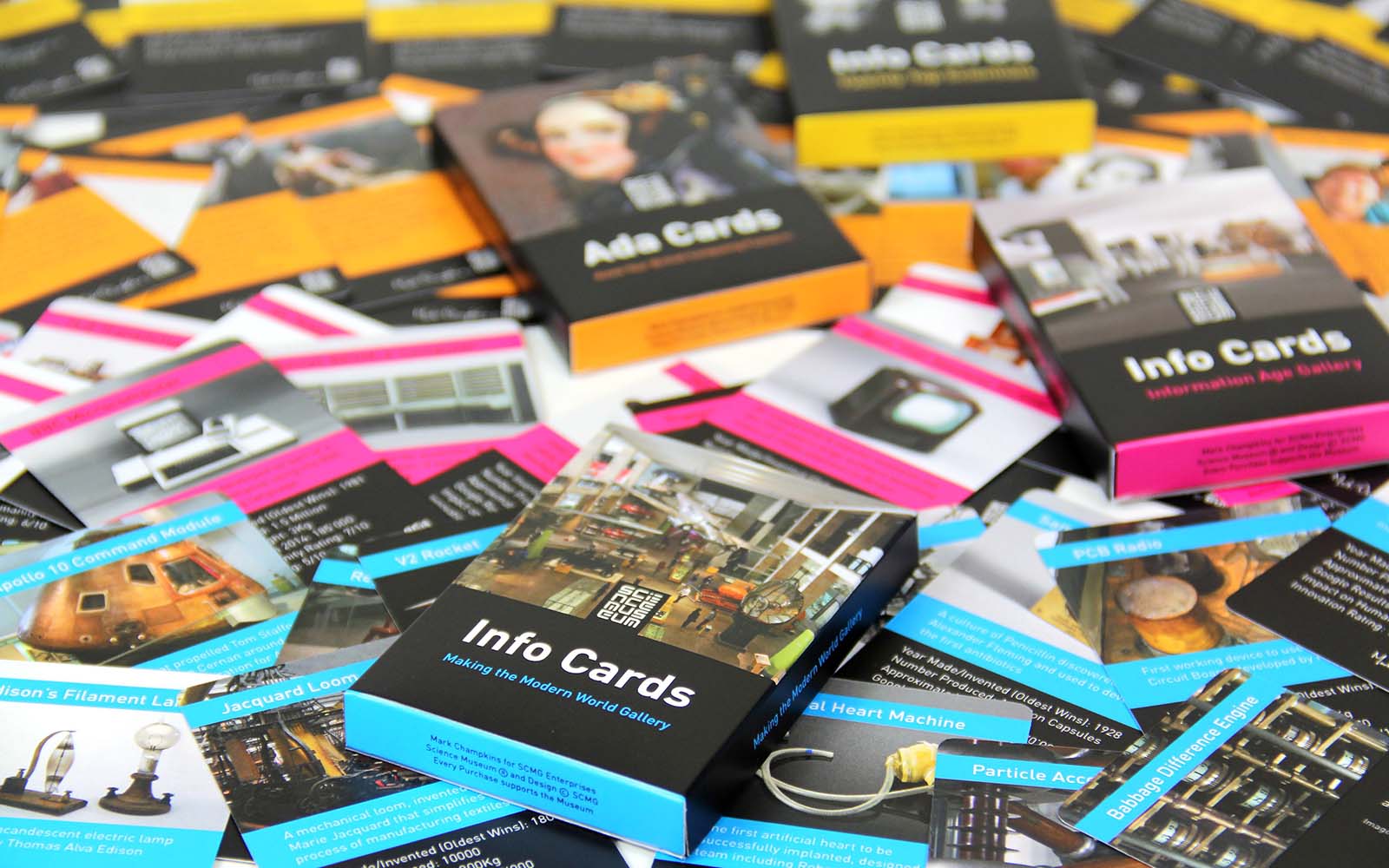 A set of twenty trump cards that feature objects from the Museum “Making the Modern World” and new “Information Age” galleries, and top scientists and British Computing pioneers.