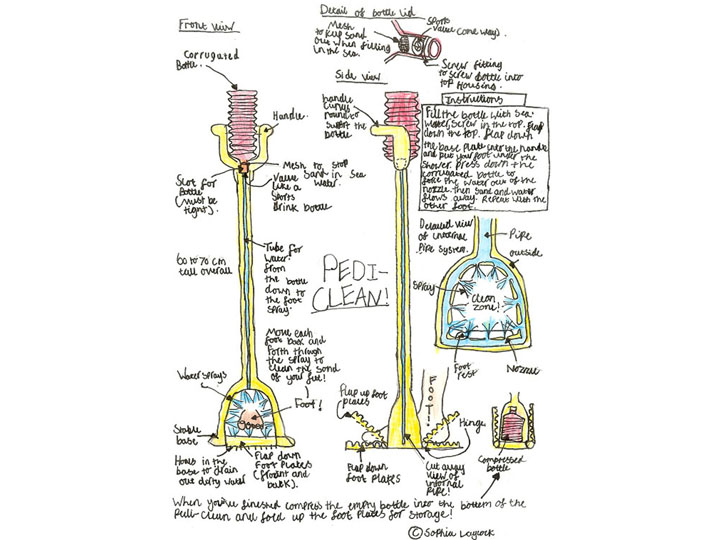 Over the summer of 2013 the Museum and I ran an invention competition to invite young people to devise solutions to problems they encountered with “British Summertime”. We had some inspired entries, from drip catching ice cream cone holders, to submersible beach tents (to keep your spot on the beach, even when the tide is in). The winning entry won a Makerbot 3D printer, and the opportunity to have their invention designed, 3D printed and included in the Museum’s exhibition about 3D printing.

The winning design was created by Sophia Laycock. Called the Pediclean, it was a device for cleaning sand from your feet. It cleverly incorporated a collapsible bottle filled with water, and a “clean-zone” into which your feet can be placed which squirts water from different directions to remove the sand. I created the finished PediClean by faithfully copying sophia’s drawing, which worked perfectly.

Here’s a video of Sophia and I explaining the invention and idea behind the competition on a follow up interview for ITV news.

On presenting Sophia with the Makerbot I also loaded the CAD for the parts on to the 3D Printer so she could print as many PediCleans as she wanted.