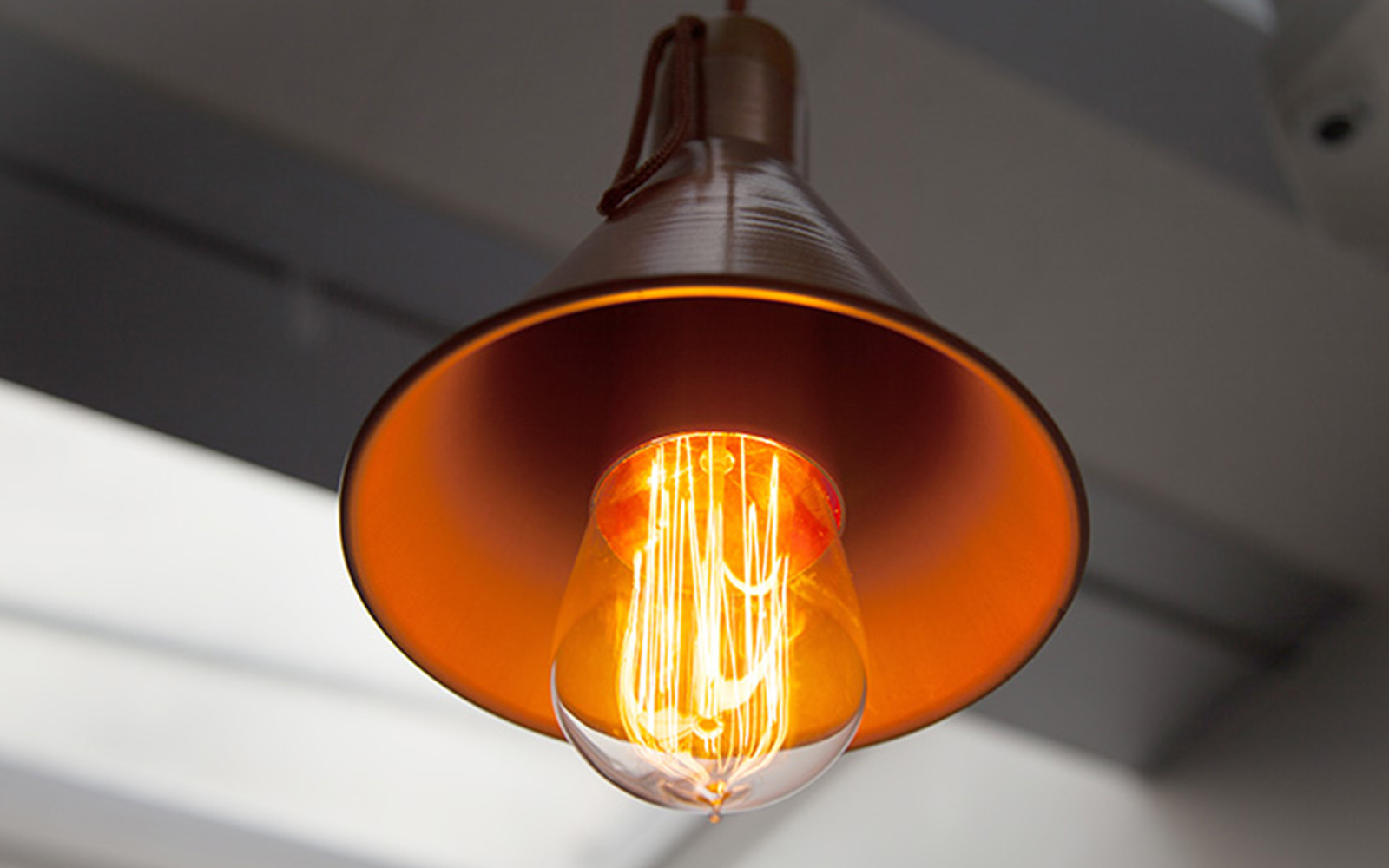 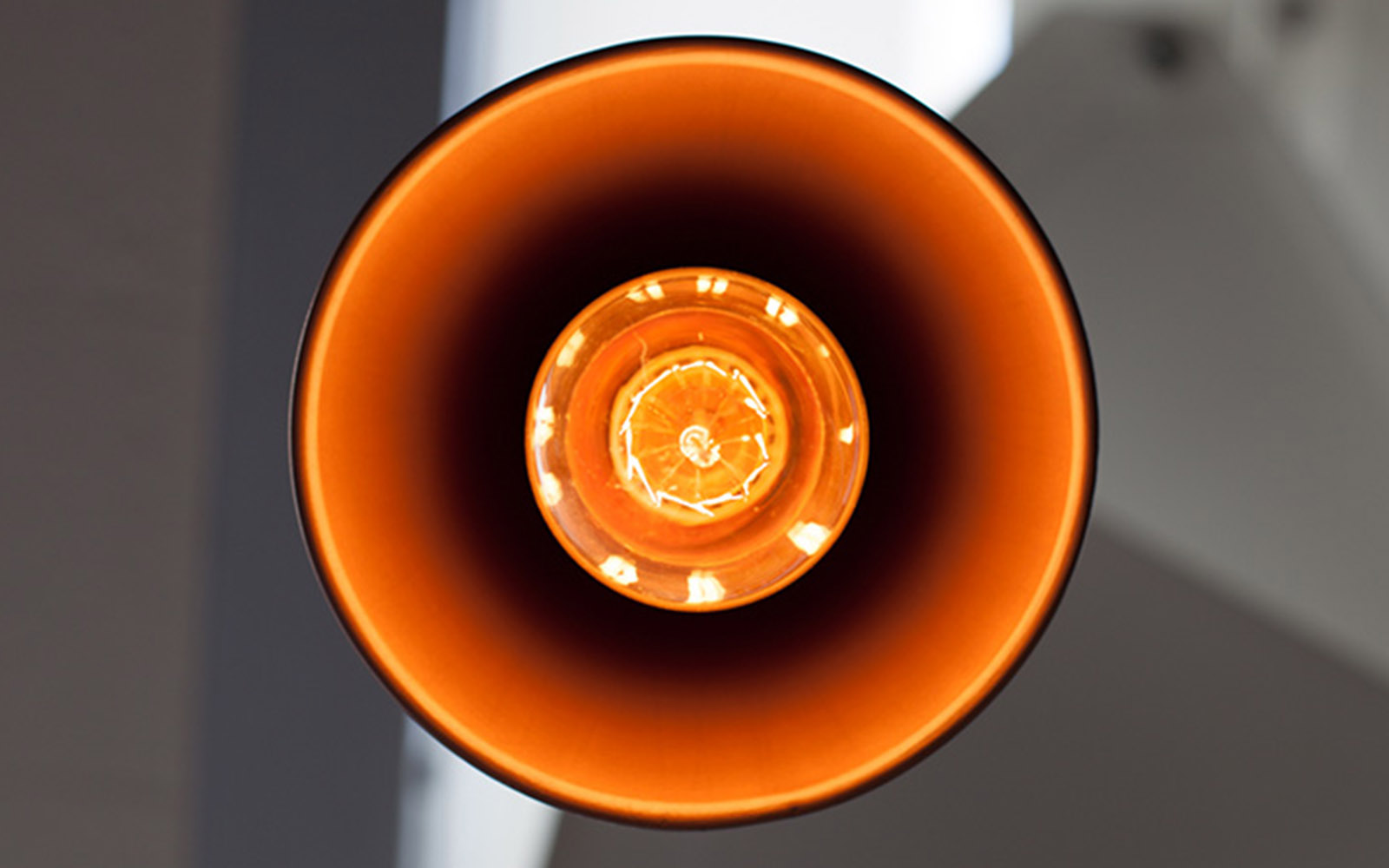 Lamp made using reclaimed rubbish from the Science Museum

In the summer of 2014 the Science Museum set up an exhibition called the Rubbish Collection, in which it collected, sorted and selectively displayed every single item that had been thrown away by visitors and staff over the course of a month. This included all the waste from the kitchens and back offices, all material discarded by the workshop, and every bin in the Museum.

It was a massive logistical undertaking, which required a team of volunteers to sort and photograph every item, discard anything that would rot or smell, and keep everything else to display.

I was asked to reclaim and repurpose items collected, with the intention of selling waste discarded by visitors and staff, back to them.

I collected a small box of bits from the rubbish at the Museum that I hoped to turn into a product that we might sell in the shop. I like the idea that with a little bit of effort and imagination, items that would otherwise be chucked, can be turned into something desirable. Unfortunately the collection of items in the box that I had gathered didn’t look at all desirable. A couple of umbrellas, some bits from a light fitting, an old copper funnel, an ash tray, some plastic cutlery, some glass cups and a selection of ball bearings didn’t look very promising.

The germ of my idea came from digging out the copper funnel and investigating it further. It was heavily corroded and covered in green verdigris, but underneath was structurally solid, and a beautiful shape.

I read somewhere that vinegar could be used to clean copper, so I popped down to the café, to get a couple of sachets to try out. It turns out it does a reasonable job on lightly tarnished areas, but can’t handle the extent of corrosion on the funnel. However, it did encourage me that the funnel could be saved.

Next I pulled apart the umbrellas, lined up everything from the box and had a think what I might make. A happy coincidence was that the handle from the umbrella fitted exactly into the top of the funnel.

My first thought was to make some sort of loudspeaker people could shout through. Next, I thought the umbrella handle might plug the funnel to make a water-tight vase or container of some sort. Finally, looking at the shining clean patch of copper I thought, coupled with a 1950s-style squirrel cage bulb, it might make a really nice light fitting.

The next step was to recondition the copper funnel. In the basement, the Museum has metal and wood workshops responsible for building, installing and maintaining the structures for new exhibitions. Amongst their equipment is a sandblasting machine, which I used to blast the corrosion from the funnel.

I decided to leave the matt finish left from the sand blasting on the inside surface, and polish up the outside. Using Brasso and eventually a buffing wheel I polished up the outer surface.

To ensure the lamp remains pristine, I decided to use a polymer based lacquer, applied in the workshop’s spray booth.

Finally I added the umbrella handle, and a lighting flex and fitting. I think the finished light looks rather good. The lamps was made available for purchase in the Museum shop and was sold in August 14.